As predicted in 2012, I could not resist revisiting the idea of a competitive typing game for two players. I chose a completely different approach however, developing a relatively simple framework in Unity first. As the framework contained everything in terms of mechanics and representation I could then focus on iterating on the games rules in order to solve the problems I noticed during the development of TypeCraft.

The results of lots of player feedback have been 8 distinct modes that not only emphasize typing speed and correctness, but also other skills like reaction time, sustained attention, or tactics. Combined with lots of room for "smaller victories" and user defined goals these keep weaker players from being demoralized completely when playing against a faster player. Other features include custom word lists, singleplayer AIs for every mode and a menu that can be completely navigated by typing its entries.

As it is the second fully completed game I also focused a lot more on PR, posting more news, spend more time creating screenshots and trailers as well as maintained an IndieDB-page and a Twitter account.

After the release of a first, free version, the games was greenlit in early 2016 and I built an enhanced Steam Edition. For this version I added Steam matchmaking support, achievements, leaderboards and more. Aside from that I implemented a few general improvements like a fully customizable color scheme, which were added to the free version as well. An update to the previously released free version made sure that both version are fully compatible in multiplayer. All in all, the game was received well (80% positive reviews at the time of writing) and I was able to sell way more copies than I had (pessimistically) expected - so the effort put into the enhancements was worth it. I am also quite pleased with the game itself, as I was able to create a quite polished game with a novel premise that is really fun to play (if one is interested in the niche that is typing games), was able to tie up the loose ends I left dangling on TypeCraft, and gathered a lot more experience on marketing and contacting press. 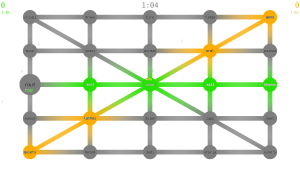 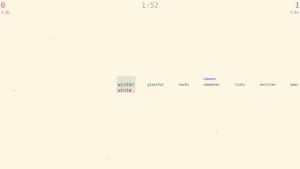 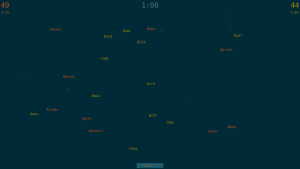