This cooperative action-puzzler for 1-4 players is a spiritual successor to CoopTris that tries to improve on the original's mechanics. Here, the players add protection layers to a tower - but different shapes makes it hard to avoid gaps. Periodically a layer is removed and unprotected segments die. This results in a smaller field with uneven borders, making it progressively harder to fit in new pieces.

The game is using Kha, for which I contributed some new features and bugfixes during development (especially instanced rendering in WebGL/Haxe and OpenGL/C++). I also wrote a particle system from scratch and started to use shaders, which I had ignored in my previous games. 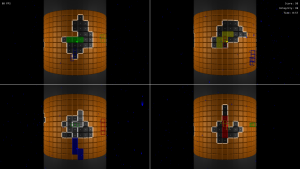 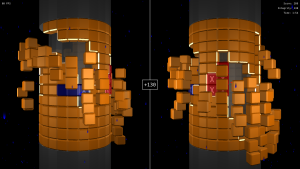 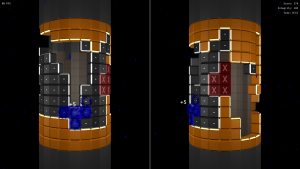 Some segments are already dead