Having contributed instanced rendering functionality to the OpenGL backend of Kore and the WebGL backend of Kha, I was asked to provide some example code as well. The first version of this demo explained the concept, but was not very interesting to look at and did not show the strenghts of instancing. So I decided to extend the example a little - this is the result. 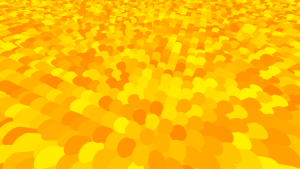