After two weeks of me playing around with Kha, it was a no-brainer to use the same technology for Ludum Dare 33.

Our idea was to create a multiplayer game for a single PC where players take turns of one minute while the other player is supposed to look away. At night one of the workers transforms into a monster, trying to find the items that allow him or her to escape. During daytime, the other player is able to check log files for traces of nightly activity. However all of their timestamps are missing and there are AI-controlled workers roaming the building as well...

Another game jam entry I am very proud of, as the basic idea is quite interesting and we managed to iron out most bugs. However, with complex systems like a flexible AI, multi-agent elevator controls and a dialogue module in which a programmer could sink his teeth in there wasn't enough time for balancing in the end, making the game one-sided in favor of the monster. We also had many ideas for additional objects the players could interact with. 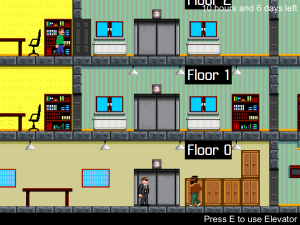 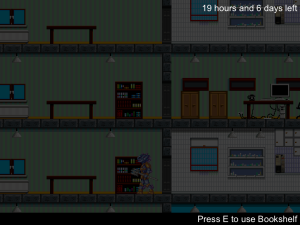