I joined this game jam (topic 'Running out of Power') on the second day and decided to join the only C++ group. Their idea was a 2D game where the light from your flashlight is your only weapon - but its power is finite.

I then contributed the collision detection for the light cone, spider enemy behaviour, the random door assignment algorithm and several gameplay tweaks. 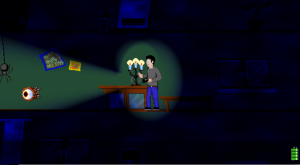 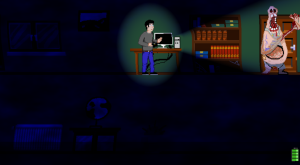 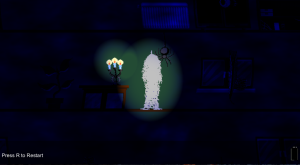